The emergence of the beta coronavirus causing Middle East Respiratory Syndrome Coronavirus (MERS-CoV) is zoonotic and can be very lethal, says the U.S. CDC. MERS is a viral respiratory infection caused by MERS-CoV. The source of this viral virus remains unknown.

As of December 2022, the U.S. FDA had not approved a MERS-CoV prevention vaccine, but several are conducting clinical trials.

BVRS-GamVac-Combi is conducting phase 1/2 clinical studies sponsored by the Gamaleya Research Institute of Epidemiology and Microbiology, Health Ministry of the Russian Federation.

VTP-500 (ChAdOx1) MERS-CoV is a vaccine candidate from the University of Oxford that consists of the replication-deficient simian adenovirus vector ChAdOx1 MERS Spike protein antigen. The VTP-500 vaccine is administered as a single administration and with a homologous prime booster.

MVA MERS (Modified Vaccinia virus Ankara) is a vaccine candidate that contains the full-length spike gene of MERS-CoV. Vaccination with MVA-MERS-S had a favorable safety profile without severe adverse events. Homologous prime-boost immunization induced humoral and cell-mediated responses against MERS-CoV. In addition, a dose-effect relationship was demonstrated for reactogenicity but not for vaccine-induced immune responses.

November 17, 2022 - Since the last WHO Disease Outbreaks News on MERS-CoV in Saudi Arabia published in April 2022, the IHR National Focal Point of the Kingdom of Saudi Arabia has reported four additional cases, with no associated deaths.

October 6, 2022 - The Coalition for Epidemic Preparedness Innovations and Intravacc announced the latest funding to advance the development of vaccines that provide broad protection against SARS-CoV-2 (including its variants) and other Betacoronaviruses.

June 28, 2022 - The U.K. Health Security Agency confirmed it does not advise any travel restrictions to the Kingdom of Saudi Arabia concerning MERS-CoV.

May 17, 2022 - The WHO was notified of a case of MERS-CoV from the Al Dhahira Governorate in Oman. The male case had a history of direct contact with animals, including dromedaries, sheep, and goats. No secondary cases have been reported to date. Since June 2013, a total of 25 MERS-CoV cases, including the current case, and seven deaths, have been reported to WHO from Oman.

April 3, 2022 - Qatar's Ministry of Public Health (MOPH) reported a second MERS-CoV case. The patient had a history of traveling outside the country and had direct contact with camels. Unfortunately, he started to develop symptoms before he arrived in Qatar.​

March 22, 2022 - Qatar's Ministry of Public Health declared that a case of MERS had been confirmed in a male resident aged 50 years. He had direct contact with camels. All of the human contacts of the patient are free of symptoms and will be monitored for 14 days as per the national protocols.

February 24, 2022 - A non-peer-reviewed study: A single dose of the deactivated rabies virus vector COVID-19 vaccine, CORAVAX, is highly efficacious and alleviates lung inflammation in the hamster model. In summary, CORAVAX is a promising dual antigen vaccine candidate for clinical evaluation against SARS-CoV-2 and Rabies virus.

November 4, 2021 - Vaccitech plc announced the publication in The Lancet Microbe of the first Phase 1 clinical trial conducted in the Middle East evaluating the safety and tolerability of the ChAdOx1 MERS (Middle Eastern Respiratory Syndrome) vaccine candidate.

September 29, 2021 - The Saudi Arabian Ministry of Health announced its 13th MERS case in 2021. The new primary, active case is a 58-year-old male in Riyadh city, Riyadh. The ECDC reported this MERS patient died on October 4, 2021.

August 26, 2021 - The Kingdom of Saudi Arabia Ministry of Health announced a 69-year-old male in Riyadh who had contact with camels was diagnosed with MERS-CoV.

August 17, 2021 - The WHO confirmed between 12 March and 31 July 2021, the National IHR Focal Point of Saudi Arabia reported four additional cases of MERS-CoV infection, including one associated death.

August 4, 2021 - INOVIO announced that the company had dosed the first subject in its Phase 2 trial designed to evaluate INO-4700, its DNA vaccine candidate for the prevention of MERS.

July 30, 2021 - The Kingdom of Saudi Arabia Ministry of Health reported a second MERS-CoV case from Riyadh in July 2021. Like the initial MERS case, the patient is age 65, was not a health worker, and isn't thought to have contracted the beta coronavirus from another sick person. This case marks Saudi Arabia's 11th MERS case of 2021.

July 21, 2021 - The Kingdom of Saudi Arabia Ministry of Health announced a 67-year-old man from Riyadh, Riyadh, who had contact with camels, including drinking camel milk, was confirmed with MERS. The man's infection is listed as Active.

July 2, 2021 - The ECDC reported from January 2021 to 29 June 2021, 10 MERS-CoV cases have been reported in Saudi Arabia (9) and the United Arab Emirates (1), including five deaths. In Saudi Arabia, all were primary cases, of whom six reported contact with camels. These nine cases were reported in Riyadh (4), Makkah (3), and the Eastern Province (2).

June 8, 2021 - The Kingdom of Saudi Arabia Ministry of Health (MOH) confirmed one new MERS-CoV case, a 63-year-old man in Taif who had contact with camels.

May 7, 2021 - The ECDC reported eight MERS-CoV cases had been reported in Saudi Arabia (7) and the United Arab Emirates (1), including four deaths. In Saudi Arabia, all were primary cases, of whom four reported contact with camels. These seven cases were reported in Riyadh (4), Makkah (2), and Eastern Province (1).

May 5, 2021 - The Kingdom of Saudi Arabia's Ministry of Health reported a new MERS-CoV case involving a 36-year-old man who died from his infection. The man was from Hafr Al-Batin in the country's northeast. The case marks Saudi Arabia's eighth of 2021.

April 14, 2021 - A large team of researchers in the Kingdom of Saudi Arabia studied the antibody responses in 48 human MERS-CoV infection survivors who had variable disease severity in Saudi Arabia. MERS-CoV–specific neutralizing antibodies were detected for six years after postinfection. Choe et al. showed that patients with severe disease had robust MERS-CoV neutralizing antibody titers for one year. Patients with the mild disease had waning antibody responses over time (5). We assessed antibody responses in 48 MERS survivors with variable disease severity and duration <6 years postinfection.

March 17, 2021 - The WHO announced the United Arab Emirates (UAE) reported a MERS-CoV infection in a 39-year-old man who owns a camel farm. The WHO stated: 'MERS-CoV has demonstrated limited ability to transmit between humans. So far, the observed non-sustained human-to-human transmission has occurred mainly in healthcare settings. And the WHO does not advise special screening at entry points concerning this event nor does it recommend applying any travel or trade restrictions.' The first MERS-CoV case in the UAE was reported in July 2013. Since then, 92 cases of MERS-CoV (including the current case) and 12 associated deaths have been reported in the UAE.

July 24, 2019 - The Lancet published: Safety and immunogenicity of an anti-Middle East respiratory syndrome coronavirus DNA vaccine: a phase 1, open-label, single-arm, dose-escalation trial. Interpretation - The GLS-5300 MERS coronavirus vaccine was well tolerated with no vaccine-associated serious adverse events. Immune responses were dose-independent, detected in more than 85% of participants after two vaccinations, and durable through 1 year of follow-up. The data support further development of the GLS-5300 vaccine, including additional studies to test the efficacy of GLS-5300 in a region endemic to MERS coronavirus.

NOTE: This page's content is sourced from the CDC, WHO, clinicaltrials.gov, and the Precision Vax network of websites. This information was fact-checked by healthcare providers, such as Dr. Robert Carlson. 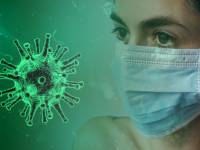 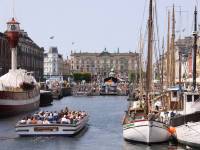 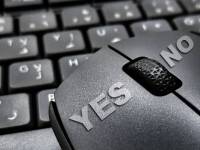 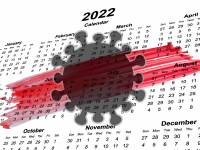 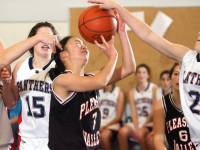 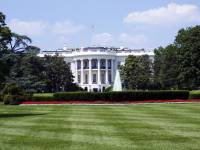 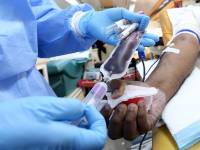 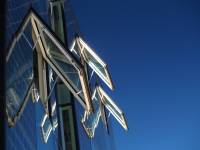 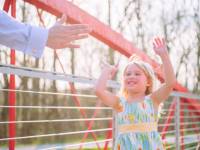